A comparative study of archival evidences from four countries shows that the Soviet line towards West European integration had its own logic and was not so dogmatic as considered earlier. One shall distinguish the official notes and the inner struggle of various fractions (competition between various expert groups in the Ministry of Foreign Relations, the CPSU Central Committee, Ministry of Foreign Trade and etc.). As the research shows there were at least two approaches: negative dogmatic and a creative constructive one. This inner competition explains the appearance of official statements with often illogical and parallel suggestions of a struggle with closed economic groupings and at the same time search for communications between them and the COMECON, dialogue within the all-European cooperation between all existing integration models.

Looking at the realities of the second half of the 1950s one can see that Moscow's unwillingness to recognize the EEC and Euratom was dictated not only by ideological motives but due to a variety of choice: at those time there existed alternative western models — OEECD, European Atomic Agency, later — EFTA. Few experts could envisage that of all others the three European Communities would play the key role in a web of integration combinations.

The Soviet Union was competitive in a number of high-tech areas at the time (especially the peaceful nuclear power) and had traditionally attractive raw materials and transport capabilities for all-European projects and cooperation. Yet as documents show all Soviet fresh initiatives to start a constructive and mutually benefiсial dialogue were blocked by suspicion and a lack of faith in sincerity of the Soviet proposals by Western governments. Moscow's U-turn towards cooperation in 1950s — 1960s (attempts to join NATO in 1954, OEECD in 1960) were not taken for serious by western experts because of a too radical nature of these changes.

Soviet attempts under Nikita Khrustchev to reform COMECON in 1962-1964 by turning it into the “super-Gosplan” despite of all official statements were a certain attempt to copy supranational character of the European Communities. They failed when the “mutual assistance” started questioning “national interests” of the most vulnerable member countries in COMECON. Certain improvements were done (for instance industrial specialization, standardization) but without a direct command from the planning structures in Moscow. The level of Moscow's influence on COMECON development is often exaggerated and has to be studied more thoroughly, especially during the Brezhnev era.

The challenge from the successful West European integration in the second half of 1960s as well as a new understanding of the importance of economic interests both of COMECON members and of the USSR itself led a new team of Leonid Brezhnev towards a revision of the Khrustchev's legacy and a search for new initiatives.

As the last chapter shows one shall study the “socialist integration” in a tight connection with external political challenges for the USSR and the Eastern bloc. Namely — the Prague Spring in 1968 and a series of military Sino-Soviet border conflicts in 1969 as well as the preparation for the future Conference on Security and Cooperation in Europe. On the one hand the book shows a new understanding of the term “security” from the side of the Soviet leadership. It obviously included new dimensions — economic and technological ones. On the other side geopolitical considerations finally prevail over pure economic benefit. Unlike the European Community in Western Europe in the East COMECON did not take political functions — in the late 1960s — beginning of 1970s economic integration remained domain of the COMECON, political integration became priority of the Warsaw Pact. That's why in the second half of the 1970s attempts to start a dialogue between the European Community and COMECON began only when they were sanctioned by the Political and Consultative Committee of the Warsaw Pact.

During the years of early Brezhnev's reign, the sphere of “integration” became an arena of a peaceful competition between East and West. The Soviet Union was successful in developing bilateral economic ties with the key West European countries on non-bloc basis thus weakening the Western integration but failed to find a key solution to the COMECON inner problems. The inner contradiction between attempts to use limited market tools and the basic planning nature of COMECON and its member countries hampered attempts to make Eastern model more attractive for everyone. The documents show a rising conflict between the “international duty” and national interest, “mutual aid” and “mutual benefit”.

Unfortunately, those economic receipts which were of benefit to the USSR with its global aims were not always of benefit to the COMECON member states and to much more extent — to the members of the European Community. Due to reasons which stay beyond this book's analysis, the equitable dialogue with the Common Market and the triumph of “socialist integration” in the 1970s did not happen. The mutual recognition between COMECON and European Community took place only in 1988.

The book will be available in the following online shops: 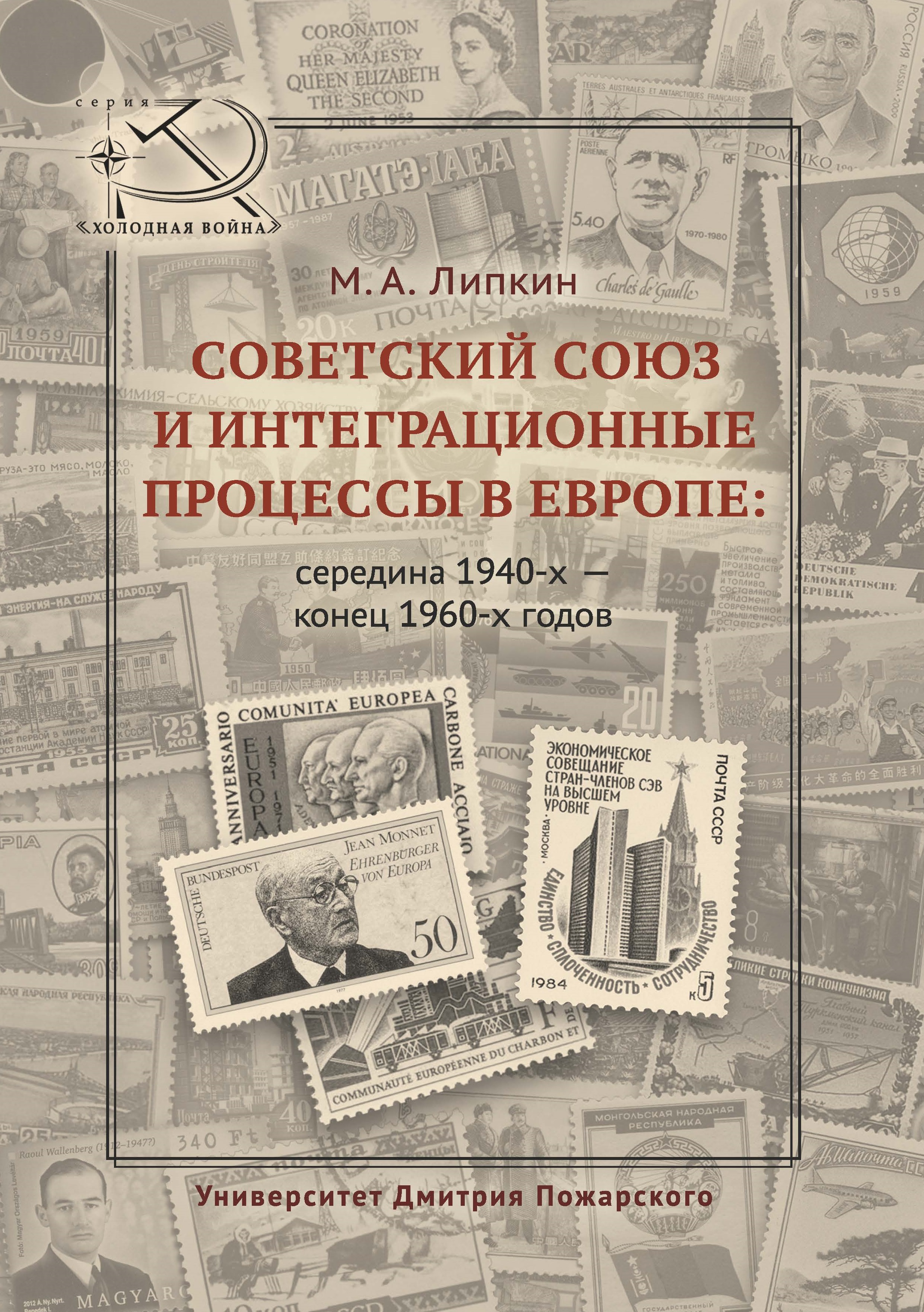