Outstanding Russian Mediievalist to whom we are much indebted for the new approaches to historical research. Gurevich is known to be the founder of the Historical Anthropology in Russsia being the author of more than 500 works including 14 books translated in many foreign languages. He was the member of the Medieval Academy of America, the Royal Society of Norway, the Royal Belgium Academy of Sciences, the UK Royal Society, the Royal Netherland Academy of Arts and Sciences. He was also doctor honoris causa of the Lund and Poznan Universities, awardee of the State Award of Russian Federation (1993) and of the N.I. Kareev award (1997) and many foreign rewards. From 1950 to 1966 he taught in the Tver State University (the former Kalinin Pedagogical Institute). In 1966 he joined Moscow Institute of philosophy but was fired after the publication of some «revisionist» works. In 1969 Gurevich was employed in the Institute of universal History, where he worked until his death in 2006.

Aron Gurevich began his career by studying social and economic history of the Middle Ages in the seminar of Professor Alexander Y. Neusykhin. Gurevich continued his education at the Institute of Universal History under the supervision of the famous Russian Medievalist Yevgenii A. Kosminsky. In 1950 Gurevich defended his thesis for the degree of the candidate of historical sciences devoted to the study of the social History of England in the 7th-11th centuries. In order to deepen his analysis of the property relations in England, he turned to the history of the Norse archaic social institutions. By including the Old Norse and Old English substance in his analysis Gurevich managed to elaborate a new conception of the history of Feudalism which has been set forth in the monograph «Problems in the Origins of Feudalism in Western Europe» (1970). In this book he contested the theory of origins of Feudalism adopted in the Marxist historiography and was denounced for the employment of the structural methods.

Gurevich’s next book «Categories of Medieval Culture» (1972) was closely related to the previous book on the Origins of Feudalism. The medieval culture was examined by him as the subject of the historical anthropology. The book has enjoyed a lot of success all over the world and was translated into 35 foreign languages. Later Gurevich abandoned the study of the general categories of medieval culture and started the investigation of the pre-Christian cultural layer investigation by analyzing the whole complex of the mythological representations and folk magic traditions and rituals. This research work resulted in the publication of his book «Medieval Popular Culture» (1981) followed by the books «Culture and Society of Medieval Europe as Seen by Contemporaries (Exempla of the 13th c.)» (1989), «Medieval World: Culture of the Silent Majority» (1990) etc. The works Gurevich aroused great interest of the world scientific community. His books were translated into many languages, as historian’s reflection coincided with new directions of historical research. The further development of these global research trends resulted in the formation of the «New Historical Science» of which Aron Gurevich was a prominent representative and whose achievements he propagated in his works dedicated to the analysis of historical knowledge.

Gurevich’s scientific views were largely determined by his civil position. His works had a great social and public impact in the USSR as they proved to be extremely important for the liberation of the Soviet historians, and in a broader sense, of the intelligentsia, from the ideological stereotypes and dogmas. In the years of the perestroika Gurevich spoke time and again to the press and played a great role in the building a stronger civil society in our country. At the end of the 1980s he has got the possibility to develop his interests in his own scientific direction by starting his own seminar and founding the new review «Odysseus. Man in History». 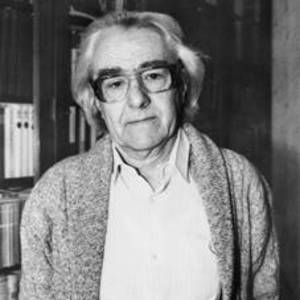